In its issue of January 22nd, 1932, Ciné-Journal ran the headline, “Is a Talking Film the Same as a Theatrical Piece?” At first glance, this might seem like another of the hand wringing essays that were fairly common in the early years of sound, weighing in on whether cinema had lost its artistic specificity, and would be reduced, simply, to filmed theatre. But instead, this article posed the problems associated with sound, and the differences between films and plays, in legal terms.

In 1931, Osso Films had released L’Aiglon, based on the famous play by Edmond Rostand which Ciné-Journal referred to as one of the playwrights “two masterpieces” (the other, of course, being Cyrano de Bergerac). Rostand had died at 50, in the flu epidemic of 1918. His widow, Rosemonde Gérard, herself a playwright and poet, had sold the theatrical rights to L’Aiglon to Maurice Lehmann, the director of the Porte-Saint-Martin theatre in Paris. Gérard, however, had maintained the film rights to the play. When the movie appeared, Lehmann complained that this all-talking L’Aiglon was simply a mechanical recording of the play rather than something separate from a theatrical presentation, violating his sole rights to the work. Lehmann’s lawyer further complained that the “talking cinema causes heavy losses to the theatre and threatens to kill the goose that laid the golden egg! It invades everything, substitutes for everything.” He demanded a million francs in damages for his client, and that the film be removed from circulation under penalty of another ten thousand francs a day.

Rostand wrote L’Aiglon for Sarah Bernhardt, who first appeared in the play in 1900, in her own Théàtre Sarah Bernhardt at the Place du Châtelet in Paris’ fourth arrondissement. The play tells the story of Emperor Napoleon’s son, Napoleon II, “the young eagle,” or L’Aiglon. At least early on, the title role was performed by some of the most famous actresses of the era, the great Bernhardt, of course, and also, in the play’s New York debut, Maude Adams. 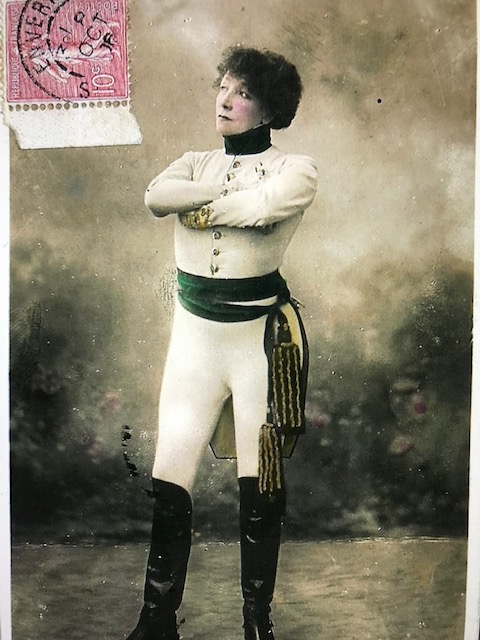 By 1931, the play had fully entered into France’s cultural patrimony, and so the film was considered a very big deal, much more so, it seems, than a 1913 silent version. There was excitement about the film for months before it came out. In January 1931, for instance, Cinéa announced that there would be French and German versions of the film, both of them overseen by Victor Tourjanksy, a respected director who had studied with Stanislavski in Russia and then, after moving to France, worked as Abel Gance’s assistant on Napoleon (1927). A month before the premiere, L’Afrique du Nord Illustrée reported that the opening would be marked by a great gala for charity at the Olympia cinema on the boulevard des Capucines in the ninth arrondissement.

The Olympia had been converted from a music hall just a few years before, and would become a music venue once again in 1944, after which it was the location of some of Edith Piaf’s most important concerts of the 1950s and ‘60s. But in 1931 it was one of the great film exhibition sites in Paris, and with 2000 seats it was among the largest. Even with all that room for viewers, lines for L’Aiglon went far down the block. Just after the film opened, Les Spectacles called L’Aiglon a “masterwork,” and marveled that viewers waiting for each show spilled out of the Olympia’s lobby and almost fifty meters down the street. 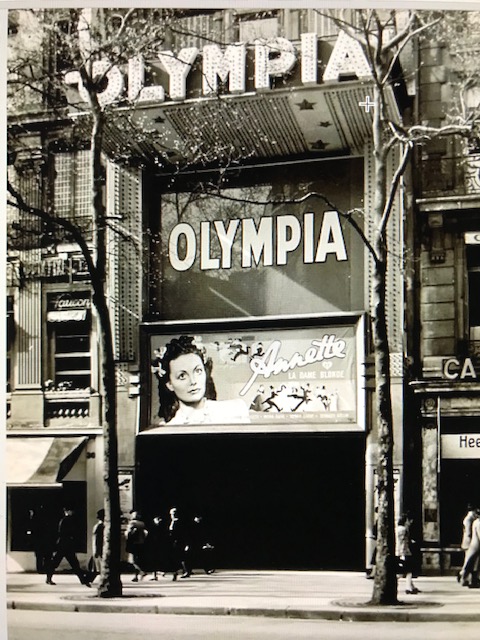 The Olympia cinema, where L’Aiglon first appeared in 1931, as it looked around 1942

Most reviews echoed Les Spectacles. The film journal Hebdo ran a three-page review, which was extraordinary enough, and the critic, who had seen Bernhardt in the role, was deeply impressed. His review, however, is the first I can find that raised some questions about the relationship of the film to Rostand’s play. In this case, the filmed version of L’Aiglon seemed both too close to the play and too distant from it. The Hebdo reviewer suggested that the movie was really “a magnificent series of illustrations” of the play, and he wondered “if anyone who does not know the drama of Rostand would not have some difficulty understanding the plot of the film” and particularly the motivations of the main characters.

A few months later, Cinéa raised the issue of the relationship of talking cinema to theatre, and used L’Aiglon as a test case. This time, the critic, Pierre Henry, lamented that the cinema of just a few years before had been an “original art,” and that the highest achievements of the form might be considered “pure cinema.” But “in its lowest form,” Henry went on, “the cinema was only a sub-theatre.” Now, though, with the advent of recorded sound, almost all cinema simply had been “absorbed” by theatre, “for the subjects of the talking cinema are for the most part theater subjects.” There were exceptions—the films of René Clair and Jean Gremillon, for instance. Nevertheless, the success and quality of films like L’Aiglon had produced, in cinema, simply an adjunct of the theatre. For Henry, Tourjansky’s film, and others like it, had made “the word photogénie”—the cinematic meeting of the mechanical and the real that made movies different from anything else—“become meaningless.”

All the while, L’Aiglon kept playing in Paris. In January 1932, after leaving the Olympia, the film showed at a screening for the Cinéma Familial ciné-club at the Salle Pleyel, a concert hall in the eighth arrondissement that often doubled as a screening space for special events. Then, in early-February, the film had moved to the Bagnolet cinema in the twentieth arrondissement and the Kinérama in the third, and a month later was playing at the Américan-Cinéma in the ninth and the Bosquets in the thirteenth.

As the film made its way through the city, the case kept going on in the Civil Court of the Seine. In January 1932 reporting on the issue moved from the film journals to the daily press when Le Matin covered the proceedings. The Parisian newspaper claimed that “The invention of the sound film raised a very important legal question” about the status of cinema, one that was being “posed for the first time in court.” Le Matin went on to give Lehmann’s claim, that the film “constituted a theatrical representation,” and also Gérard’s, that the film and the play were distinct one from the other. A month later, Le Matin returned to the case, and mostly discussed the arguments of the defense, which had just been presented. Gérard’s lawyer asserted that there was no similarity between a film and a play. In the former, he said, “the actor’s performance is frozen immutably,” while in the latter, “it renews itself incessantly.” Moreover, he argued that the substance of the film and play were secondary to the attitude of the spectator, and that the relationship between audience and play was fundamentally different from the one between film and viewer.

The court agreed. In March, Hebdo reported on the verdict, and said that the civil court had dismissed Lehmann’s claim, “and sentenced him to the expenses” incurred by Gérard. The ruling in the case recognized that “the production of a…talking film cannot be equated with a theatrical representation.” Hebdo was a film journal with obvious sympathies for the industry, and editorialized that this decision was “consistent with logic,” and that the film industry—and cinematic art—could only benefit.

Le Droit d’Auteur, the official “Review of the International Union for the Protection of Literary and Artistic Works,” supplied the actual decision of the tribunal, which concerned itself less with art and more with mechanical reproduction. The judges on the tribunal asserted that a talking film was not the same as a theatrical presentation because movie actors “don’t address the audience directly, but rather speak in front of a microphone which, having registered their voice, transmits it, often after a long period of time, and to many audiences, mechanically and under the same invariable conditions.” In fact, then, echoing the argument of Gérard’s attorney, it was the cinematic apparatus itself, and then the relationship between the film and the audience, that gave the cinema its unique status. This may or may not have made aesthetic sense, but that was never the point. Instead, the court made a legal distinction between art forms, granting the talking cinema a particular and protected place in French culture.

Ciné-Journal reports on the case in the issue from January 22nd, 1932